Welcome to National Poetry Writing Month, Day 2! Today we are challenged to “write” a family portrait, in any form of poetry. I chose to write several senryu and tell a story with words and pictures. I hope you enjoy them.

look ahead
three decades
joy that God has wrought 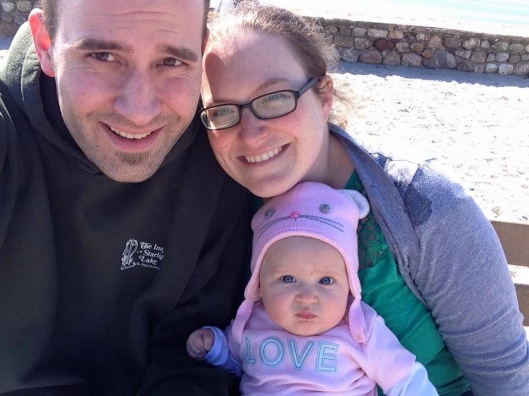 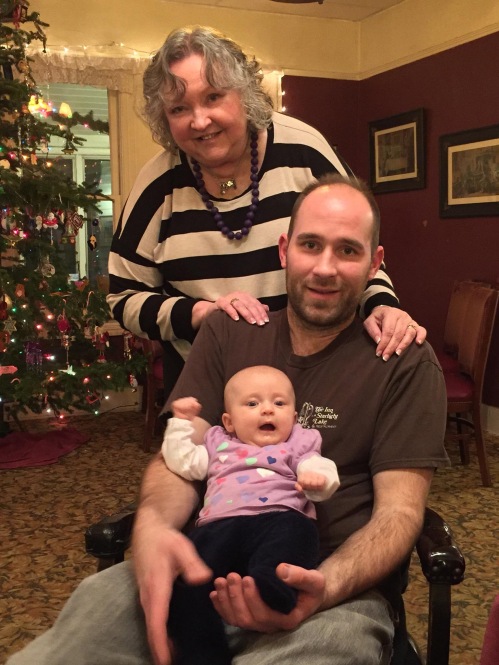 Welcome to Friday Fictioneers! My story is a little different this week. No one gets assaulted or killed. No one commits suicide. No one is buried in the back yard under the magnolias. Hmmm…something must be wrong with me! Maybe next week I’ll be back on track 😉

Here is the photo prompt from our fearless leader, Rochelle Wisoff-Fields. If you’d like to participate in Friday Fictioneers, please visit her website for more information.

Sarah knew it would be hard to leave her home of twenty years. She had been awarded the house in the divorce, and she considered herself lucky–at first.  But her heart was broken. She thought they’d write the story of their romance there. A story to last a lifetime.

Now she saw their lives from a more realistic perspective. The nights alone wondering if he was really “working late.” The anger, the shouting. The questions from their kids. The broken dreams.

Her heart raced as the moving truck arrived. A tentative smile crept across her face. She was ready for the next chapter.

Welcome to Friday Fictioneers!  We are a community of writers from around the world who post 100-word stories every week, based on a photo prompt from Rochelle Wisoff-Fields’ blog.

This must be what it’s like to go insane.

She swerved sharply, plowing through the barrier and plummeting down a steep incline. Momentarily lifeless, she eventually rallied and climbed out of a shattered window.

The rain stopped. Shimmering sunlight blocked her vision. Jenna felt a warm hand wipe the tears from her cheek and looked up to see her husband’s smile. The small hand tugging on Jenna’s belonged to their daughter, no longer bloody and broken.

This must be what it’s like to come Home.

To read other Friday Fictioneers’ stories:

Welcome to Friday Fictioneers!  We are a community of writers from around the world who post 100-word stories every week, based on a photo prompt from Rochelle Wisoff-Fields’ blog. This week’s photo was taken by David Stewart. Thank  you, David! 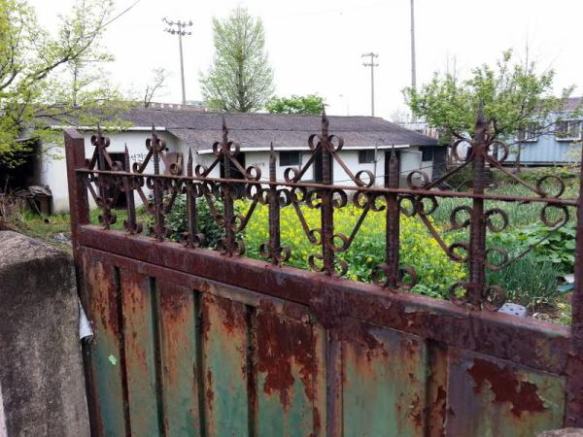 The Day We Decided to Adopt

We were photographing abandoned houses that day. My husband’s campaign for alderman was based on a promise to “clean up” the drug infested areas, and abandoned buildings were magnets for crack and heroin addicts.

A sad little boy came out of a vandalized doorway. He was holding a small box.

In the box was a kitten, tiny and perfect. Even my husband’s vast reserves of political phoniness melted at the sight of its big green eyes and furry little body. “Let’s adopt him,” he said, heading for the car with kitten in tow.

“Me too?” said the sad little boy.

Welcome to Friday Fictioneers!  We are a community of writers from around the world who post 100-word stories every week, based on a photo prompt from Rochelle Wisoff-Fields’ blog.

Bella was a hoarder of monumental proportions. It started with her son’s suicide, which she blamed on her husband, Bill. The boy couldn’t take his constant abuse. He hanged himself in the shower.

Bella was profoundly affected by the loss. She was terrified of losing anything else; nothing could be thrown out. Every object, no matter how insignificant, took on enormous value. Except her husband.

She lost Bill when her hoard finally reached the ceiling. She barely acknowledged the loss until years later when, to her horror and delight, she uncovered his mummified remains under a mound of decade-old newspapers.

Boom!
My heart explodes
with the giddy force
of love
and the amazing truth
that must be kept secret—
until now.

Boom Boom!
A tiny heartbeat
rhythmic and strong.
Now I can broadcast
near and far!
Am I unduly excited?
Is this a small thing?
Because it seems HUGE to me:

This week I returned to the dark side….

Welcome to Friday Fictioneers, where every story is a surprise. If you’d like to read other Fictioneers’ stories or post one of your own, click here. For more information on Friday Fictioneers, visit the website of our exquisite and hard-working leader, Rochelle Wisoff-Fields.  Enjoy! 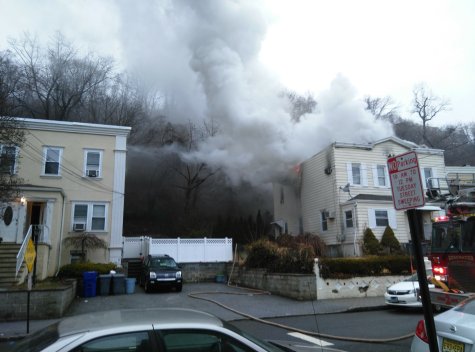 It took forever. Forever to find the little apartment. The only one she could afford. Days of staying in flophouses and later in her car. Terrified someone would report her to DCFS. Terrified she would lose her children.

So she didn’t complain about the smell–something akin to dry cleaning fumes. She opened the windows and let in the sunlight. They played outside. They smiled and laughed. By nightfall the apartment was full of fresh air and love. They slept well and rose early every day.

Until one day they were overcome by fumes….when the meth lab exploded and burned.

Today’s NaPoWriMo challenge is to write a found poem, comprised only of words found in a news article. I selected an article entitled, “Rwanda’s orphans form their own families,” at CNN.com.  These are children who lost their parents in the 1994 genocide.

During a 100-day period in 1994, 70% of the Tutsi population was killed. Most Tutsi children who survived were orphans. Many women who survived were repeatedly raped by the Hutu aggressors and contracted, and later died of, AIDS. In essence, their children lost their mothers twice–once to the war and later to the virus.

In 1996, a group of students at the University of Rwanda founded  the Association for Student Genocide Survivors (AERG) to help surviving children. They organized what the article calls “artificial families” of  students who were orphaned/homeless. The students in these families began to have a sense of belonging again. They became their own support system. Each family elects a mother and father, who may not be the oldest of the group, but who are committed to taking on the emotional responsibilities, counseling and caring, that parenting typically entails.

Because of AERG’s work over the past 18 years, more than 43,000 people are part of a family again.

The found poem does not have to pertain to the subject matter of the news article, but after reading the article I could not think of anything else but this powerful example of family values, a miracle of love being played out in the most devastating situation imaginable. The one thing I would dispute in the article is the term, “artificial families.” These families are amazing. They are focused and caring. They are anything but “artificial.”

The title of the poem comes from the chosen name of one of the families interviewed, “Urumuri.” The father chose that name because it is related to light–bringing the light, shedding light, lighting something up.

to the dark land

so that we can go back

to the way we were

from children who witnessed

too young to explain

all the huge issues

all the small things

light is a basic necessity

for sunny afternoons in school

not artificial, yet enough

Last night I learned that my friend’s mother passed away, and I can’t even think how to write a poem today, unless it is a poem that honors her and her life. I am not well myself, so I am of little or no help to anyone, but what I can do is write, and pray.

Today’s NaPoWriMo challenge is to write a poem using anaphora. The Poetry Foundation defines anaphora as the repetition of a word or words at the beginning of successive phrases, clauses, or lines to create a sonic effect.

It is sad that we are so close to Mother’s Day. But I think the idea to use anaphora is perfect, because it helps to emphasize her role, her experiences, her impact.

She is the one who loved and lost
Who suffered that loss that no mother should
Who grieved her son, not yet fifty
And still held up

She is the one who loved and lost
Who grieved her husband, together so long
Who carried on, alone and lonely
And still loved him

Copyright 2012-2020 Janet L. Brown. All content is the property of the author(s). All rights reserved.